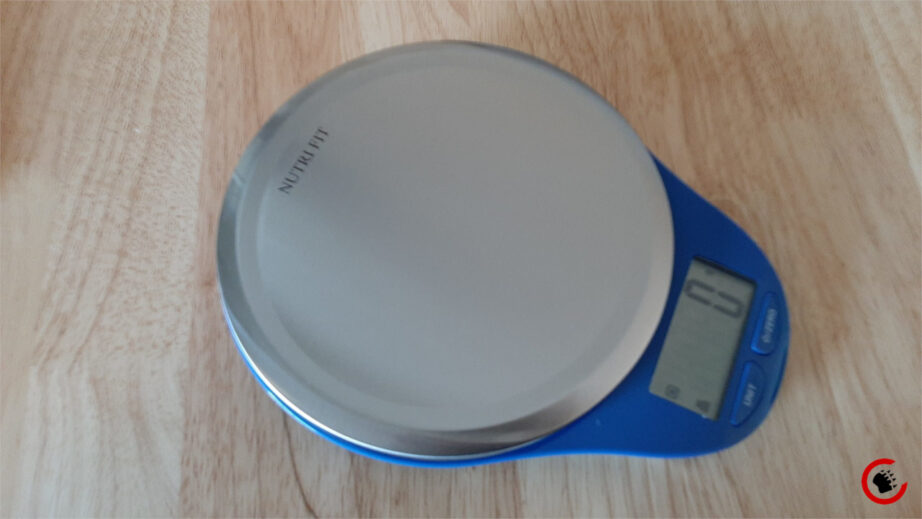 One of the most critical aspects of DIY crafting is accurate measurements. I started my DIY journey with an old spring based kitchen scale. Unfortunately, I discovered that it was not very accurate or consistent for the measurements that I was making for my small batches of mustache wax and beard balm. I wound up with inconsistent results from week to week.

I decided to purchase an inexpensive digital kitchen scale from Amazon. I picked a small NUTRI FIT scale that supported both grams and ounces. I chose the blue model because it was the cheapest of the colors. The scale can also be zeroed with the container on it to a little bit of math later on.

It’s also very important to distinguish between weight and volume measurements. Many of the recipes that I found online used a volume measurement when a weight measurement was more accurate. For example, there are plenty of mustache wax and beard balm recipes that use tablespoons to measure the amount of beeswax. Of course, tablespoon of wax is probably very different if the wax comes in bars, pastilles, or grated. This is not an issue when measuring in ounces or grams. I record both ounces and gram measurements for my recipes.