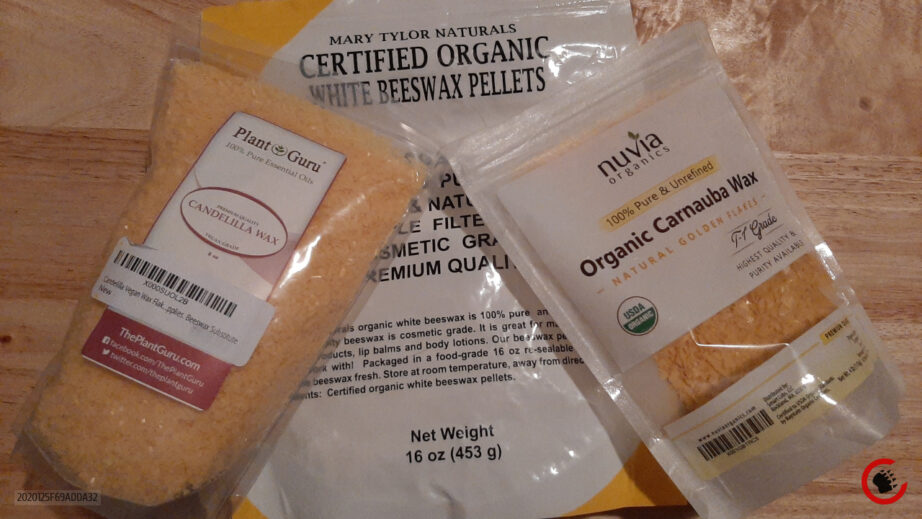 As you would expect, it gets pretty hot here in Las Vegas during the summer. My first mustache wax recipes were great indoors, but the could not withstand the outdoor heat. I went through several recipe updates to my beeswax based recipe. I added some carnauba wax and a bit of pine rosin. I had to tinker with the ratios until I had a mustache wax that provided the hold I needed without needing to soften it with a hair dryer. I joking refer to that recipe as Lucky #7.

I made it through a Las Vegas summer with Lucky #7. Of course now I want to make it even better. The first change that I’m attempting is to swap the beeswax for candelilla wax to make the recipe completely vegan. Of course, candelilla wax is considerably harder than beeswax so it’s not an equal swap. My first attempt did not go so well. Even though I reduced the amount of wax, the end product was still to hard. I could not even push a finger into the wax. I put the wax back into the double boiler, remelted it, and added a bit more shea butter and coconut oil. I managed to soften up the batch, but I may have gone too far. I’ll know in the morning. This recipe also has a stronger wax smell. I may need to add a few drops of essential oil. My current daily wax has a rather neutral scent.

In any case, this is the first of many new recipes to come.